When enthusiasm is not enough 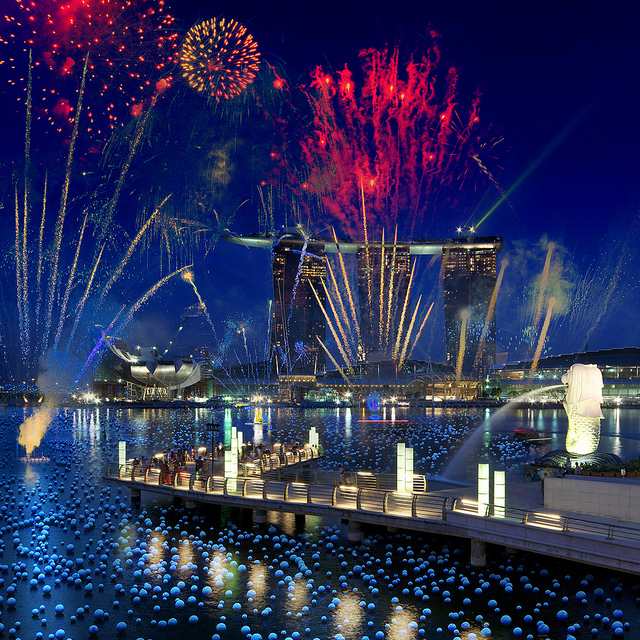 Sometimes I get really, extremely excited about things and I have trouble understanding why my effusive explanations and verbal fireworks are not compelling to people. I talked a bit about this difficulty in explaining things in a brownbag at Azavea today. (Thanks for the invite!)

Recently, my difficulty in translating enthusiasm into persuasion has been highlighted in my (mostly unsuccessful) campaign for everyone I know or encounter in the world to begin watching "The Americans." No matter how loudly or slowly I speak, most people just shrug and do not immediately begin watching the pilot on Amazon Prime.

I've tried to channel my frustration at my floundering persuasion skills into an opportunity to share some tactics for spreading excitement and actually connecting with other people that, you know, work.

Show rather than tell. A great example of this in action is a hackathon. A hackathon is a great way for someone to not just see, but also become involved in, the process of understanding what is so exciting about collaborative problemsolving. I find it hard to explain how that works without someone just *going* (which is pretty unsatisfying in trying to make the case to a boss, and we'll get to that in a minute), but when you're immersed in a good hackathon, it's this unparalleled experience of people learning and teaching one another without even realizing it's happening. The sharing is just what happens, seemingly by osmosis, and even six months later, a tactic or tool a teammate used ends up being just the thing to solve a problem, or that person is a new contact to email for help.

Figure out what other people want to show and tell. This means meeting people where they're at. It's a great feature of hackathons--people bring the skills they have and make them work--but it can be baked into all types of community engagement and conversation. It must be baked into that work. Ensuring that the focus is on the other person and not what I *think* the other person wants is one of the areas I find difficult. Even in this talk, I kept coming back to the idea of needing to explain things better. I just need to provide a better description of a hackathon to help you convince your boss you should go! But that's not it. Clarity of language is important, but being too fixated on the explanation is a distraction from understanding *what the other person wants*. What skills do they have? What do they want to develop? What are they concerned about? The most perfect explanation in the world isn't going to be effective if it isn't related to what that audience needs. I still value people who make complex things just seem obvious, but I do need to continually remind myself to take that step back and consider what the audience needs.

Copy and share. Enthusiasm can be contagious, but information is a lot more actionable. Documenting process should not be an afterthought, but is a vital part of fostering interest and helping people deepen engagement. It's part of what makes open source projects so durable and sites like Source so indispensable. It gives people an outlet to get their own excitement down in a structured way, but it also gives other people an opportunity to find what excites them in the project. You can't be sure what will resonate with someone else or take root in a different community, and the more you share and reportback, the more chance of that unexpected hook being somewhere in your explanation.

Be a human. People seem to like talking to other people. About stuff that isn't just work, or the topic at hand. And sometimes those casual conversations go in an unexpected direction that ends up being relevant later. Or it builds an actual connection between people. Or, you know, it's just nicer to treat people like people than as adversaries in the fight to be the most emotionless professional evar. Also, at least for me, I suck at not being myself. It's just not even worth trying. Happy hours are one of my least favorite things and it just makes way more sense for me to put my energy into more comfortable venues than be a grouch at the bar. It also creates a really pleasant feedback loop when people are friendly and supportive, most (non-jerks) respond in kind.

All of these ideas seem to share a strain of unpredictability. When I thought about my own experiences, many times I couldn't even explain to myself why something was exciting to me or when I learned about a certain thing or how I got on a path. It was very haphazard. So then it became clear, rather than more enthusiasm and explanation: embrace the unplanned. Create spaces for people to surprise each other and build stronger connections. Assiduously document these exchanges. And then step back and watch it unfold (and maybe also watch some fantastic television).