Journalism at MozFest and beyond 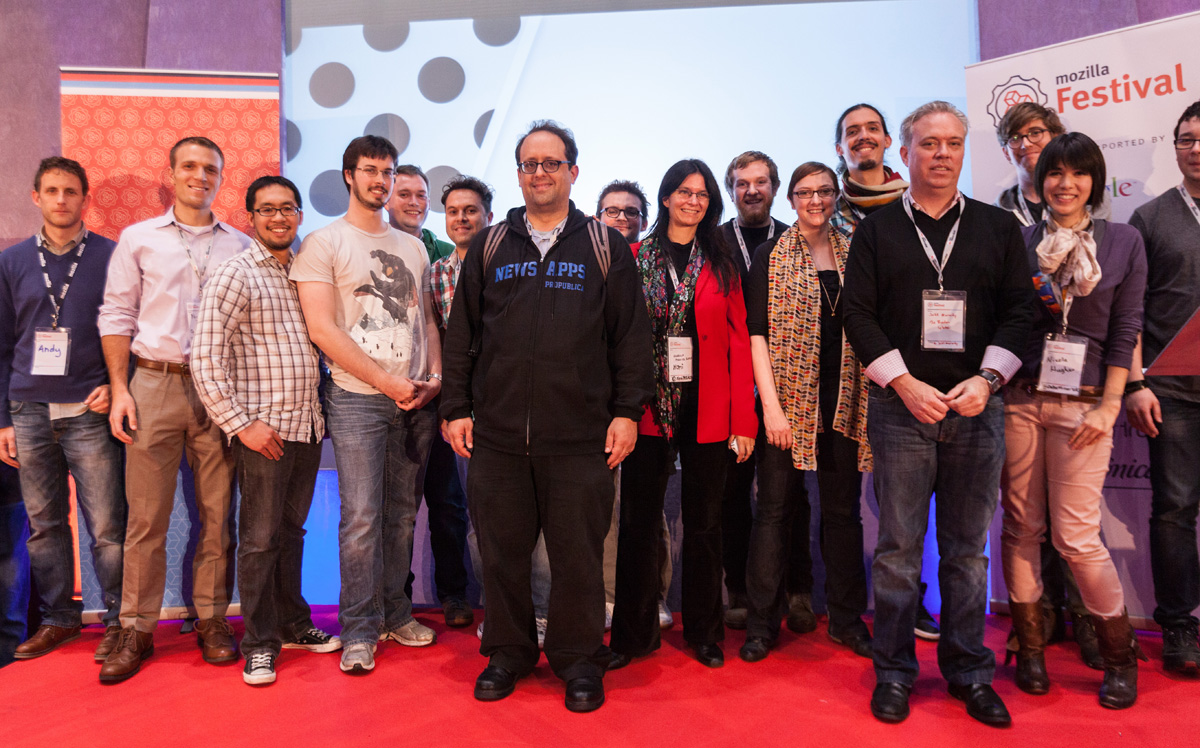 As Mitchell Baker put it in her Mozilla Festival keynote, "imagine if you had to ask permission every time you wanted to write something on a piece of paper." The liberating power of writing is what gets a lot of people into journalism and into programming. A pen and a pad. A keyboard and a command line. Simple items that hold power to inform, engage, motivate.

Baker was referring to the work Mozilla is doing to open up mobile, but that concept is also applicable to the work of OpenNews. Throughout the Festival, some of the brightest folks in the journalism-technology community showed the possibilities for journalism when you have the skills to analyze, develop, and report, without needing to ask permission.

Journalism at MozFest by the numbers:

Sessions covered everything from citizen media to data visualizations to free and open source (print!) publishing. Within the diverse array of topics and side conversations and games of werewolf some common themes arose.

MozFest is meant to be active, hands-on. But how do you prep for a session where folks might have lots of different skill levels? Where the internet may be unreliable? What will the audience even consider "making"? In practice, most of the journalism sessions did not result in completed projects. But they did result in numerous prototypes, including several with solid plans for further development, especially from the elections and OurBlock sessions. Participants did leave several sessions with tips, toolkits, and experience with data tools. 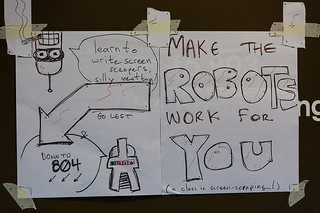 Even if not put to extensive physical creative use, there was certainly a kinetic energy in the air. People figured out how to accommodate larger than expected groups of participants, as we ended up taking over part of the 8th floor. Folks who only get to see each other once or a few times a year go to chat individually as well as collaborate during sessions. Several folks from the Knight Lab led a fireside chat and blogged about their experiences during the Festival. Having the sessions largely centered in one physical location really helped to concentrate the energy and made it easier for people to just happen upon each other.

The how of sharing 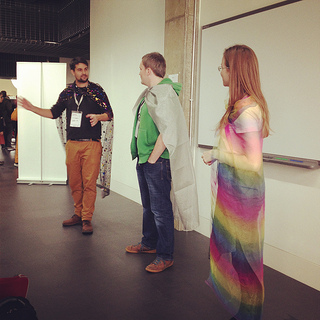 He included suggestions about how other folks could structure a similar event. That kind of feedback is extremely useful. It seems like some people have an innate sense of how to run a session (or they're just very lucky and it all clicks), but for everyone else, some guidance on structure can help folks feel more comfortable leading a session. The Open Knowledge Foundation also shared thoughts about how to run a session in their recap. They definitely got the colorful costume award for the journalism floor, and it was neat how their role playing fun actually worked as a facilitation strategy as well: character sheets were a creative way to help "expedition teams" identify the skills and strengths of the folks on their team.

The biggest example of what's next is the 2103 Fellowship program. We welcomed and celebrated eight new Knight-Mozilla Fellows. They'll get to spend 10 months in a MozFest-like haze. Making. Hacking. Sharing. Traveling. Chatting. The code that these individuals create will be a valuable continuation of the themes from the Festival, but in addition to that, they will also continue to serve as ambassadors for the possibilities for journalism code on the web. 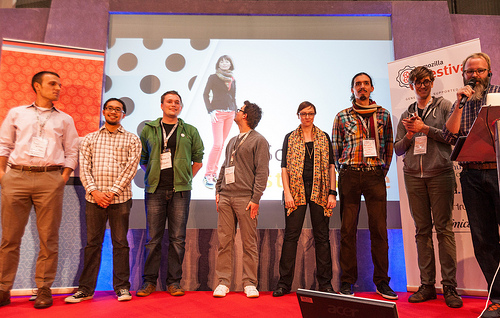 They are eight people working with eight incredible news organizations who get to focus exclusively on this work for 10 months. Amazing.

But they're not the only ones both with the responsibility, as well as the opportunity, to show how the rapid iteration required by news has a lot to teach typical development, and how typical journalists have an unbelievable community eager to help them better engage with the web. Several projects from the Festival are actively continuing work.

The hacktivity kits developed by Laura Hilliger and presented by Nicola Hughes will continue to be refined and shared so that anyone can use Thimble and Popcorn to teach introductory HTML and video editing to their journalist colleagues. Sarah Marshall of journalism.co.uk and Nathan Matias of the MIT Civic Media Lab both had coverage of the Festival that helped spread the word well past Ravensbourne's walls. And throughout the year, OpenNews has funds to support hack days and development of journalistic tools. Source is also an incredible online resource that combines all of the things that this festival track embodied--code, sharing best practices and lessons and helping spread the word about awesome work that is happening, and doing that all by having community at the fore. To that end, we'll hear reportbacks from some of the sessions on the December 5 OpenNews community call. Please join the call and let us know what you thought about the Festival and suggestions for 2013.